Skip to content
If you’ve opened up a magazine in the past few years, you’ve likely seen Sarah Brannon staring back at you. The model has been the face of brands like Givenchy, Chanel, and Louis Vuitton, but her latest endeavor is her most personal to date. For the last three years Brannon has been working as an artist, building a portfolio of abstract paintings and developing her artistic style. This weekend, her first solo show took place at Nine Studios in East Williamsburg, and it introduced the world to a new side of her persona. Schmetterling, an exploration of addiction and recovery, delves into Brannon’s interests beyond fashion. Currently pursuing an undergraduate degree, she intends to become a credentialed alcoholism and substance-abuse counselor. While getting her CASAC training, Brannon has channeled her experiences working with and getting to know those who struggle with addiction daily into art.
Originally from Memphis, Brannon was discovered during her senior year of high school by a modeling scout in 2014. Her refined look immediately struck a chord with casting directors, and what followed was five years of nonstop modeling and travel. In 2019 a rare break in Paris gave her a moment to decompress and take stock of her life. “I was changing,” she shared on the phone from New York. “I’d started to be moved by certain things and looking closer at my daily life, the people around me, and the state of the world. My priorities began to shift. I was searching for meaning, and I felt driven to advocate for something; that was when I started making art.” It was then that Brannon began to look into a career change, enrolling at SUNY Empire State College that year and working toward becoming a case manager specializing in addiction recovery. 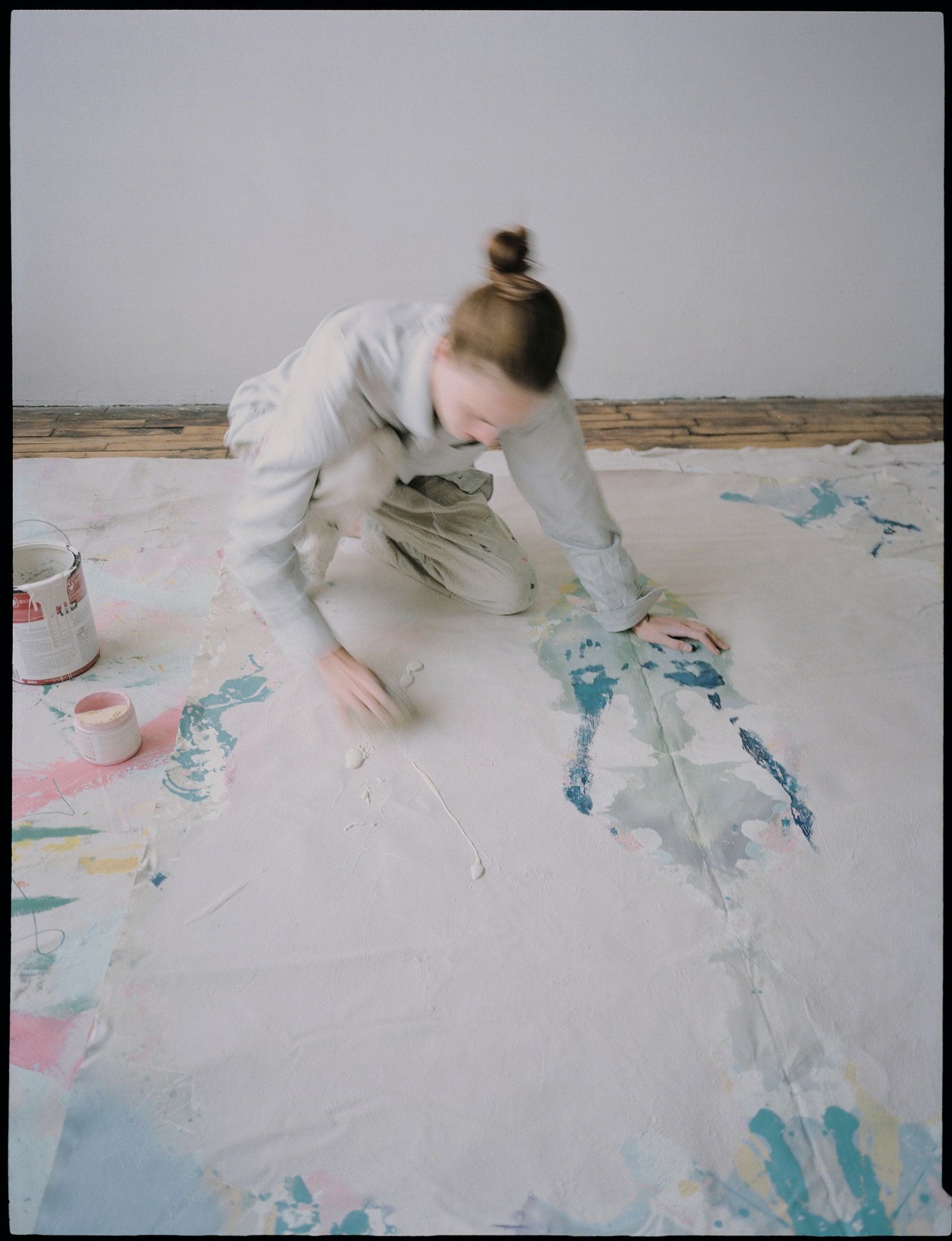 During this time, Brannon also began to paint. The people she was working closely with brought back memories of when she witnessed the struggles of friends and relatives. “I grew up seeing people in my life shuffle with addiction, and as an adult, I’ve encountered so many others dealing with the same thing,” says Brannon. “So that propelled me toward the field. It all came together organically [as] I was also working on several different paintings at the time. I was painting intuitively and seeing where things were going. Then slowly as time went on, I began to work out the final details.”
Influenced by the oversized “body prints” of American artist David Hammons and abstract art pioneer Hilma af Klint, Brannon created larger-than-life pieces where her form serves as the paintbrush. Within the pieces you can see the outline of her body in stark red acrylic against a black canvas or handprints pointed upward toward a glowing sphere. Though the clash of shapes and colors leaves much open to interpretation, Brannon’s physicality adds another layer. Beneath the mélange of paints and textures you can see a person within each painting, their fragility on full display. The oversized scale of her work means that each piece leaves a lasting impression—on the viewer and artist. “When I started making art, I was working on smaller canvases, but I realized that there just wasn’t enough space,” says Brannon. “Hammons inspired me so much, and with these, I use my entire body to paint. I’m already six feet tall, and these aren’t stretched canvases; they’re raw and built out on these eight-foot wood frames cased in resin.” 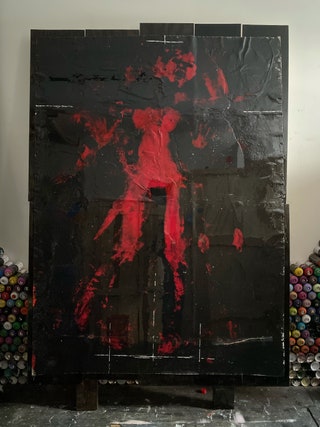 Dependence and rehabilitation serve as the defining themes within the eight works she presented at Nine Studios. Throughout the series the works shift in tone; Brannon’s palette and forms gradually change. The evolution from lost soul to angel is depicted through forms that fill an entire gallery wall with rich color. The six paintings and two drawings that comprise the exhibition are all untitled, so Brannon wanted the event to bear a special name. Schmetterling, the German word for “butterfly,” encapsulated Brannon’s core ideas. “I thought it fit perfectly; it’s a tender and sweet, respectful way to note that addiction is an ongoing process,” she says. “It’s a reflection of what people are experiencing, their circumstances, and the daily challenges they face.” 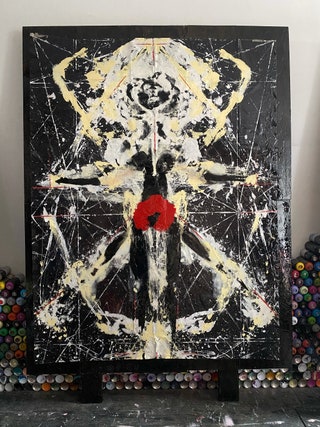 To that end, Brannon felt it was important for the event to have a charitable component, and all proceeds will go toward To Write Love on Her Arms, an organization whose mission is close to her heart. “They do counseling scholarships towards helping people access mental health services, as well as donating directly to counseling/recovery centers alongside their scholarship for those who are seeking recovery treatment,” says Brannon. “I want to support others who are dedicating their lives to this because I have so much respect for them and the work they do. They also provide grants for those who choose to go and do recovery treatment because so many good clinics are expensive. You can want help and still be unable to afford it.”